My experience with “Landscape of a Corpse” was both interesting and fun. At first, I thought this assignment would be easy to do, but acting dead while people are staring was more difficult than I imagined. I had taken other pictures in different locations, but I felt that these images were better than the originals. For my “Landscape of a Corpse” death, I chose to “die” in a hit-and-run. One reason I liked this idea is because I live on a one-way street where unfamiliar people drive in the wrong direction. Although people tend to look one way while jaywalking on my street, I look both ways because cars always come from the wrong direction. For that reason, I decided to use this location because I have seen many car accidents on this street growing up. For example, kids normally skate on the sidewalk onto the street and one kid was once rammed by the grill of a car. Overall, I enjoyed this art experince because it was out of the ordinary and made me get out of my comfort zone. 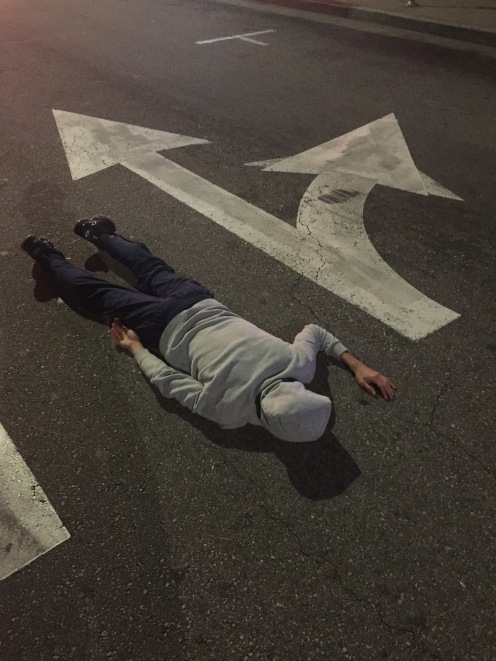